It may have been the summer of covid but I’m grateful that we were able to throw together one summer concert (even if it was in September). Thanks go out to Jon, Ken, and Graham, as well as everyone who helped put the event together and all those who showed up. We had a fun neighbourhood gathering while doing our best to prevent spreading the virus. I am most grateful that we could all share music through the difficulties that we’re all facing.

Hi all, hope that you are happy and healthy. Here in Toronto we are in “Stage 3”, which is a positive sign that points to the great sacrifices and responsibilities we have all taken on in dealing with this pandemic.

Wishing you all the best!

This week’s video is the third in my series from Avatar Grove on Vancouver Island. It features the original piece, Soul Groove. Thanks again to Eddie Raskin and Reuven Sussman for making the west coast journey possible.

Special thanks as usual to the forests, and to the conservation efforts of the Ancient Forest Alliance!

This week’s video is from my series shot in Avatar Grove on Vancouver Island. The magnificence of these forests, full of massive Western Redcedars (Thuja plicata) including what is dubbed ‘the gnarliest tree’ in Canada.

I am honoured to have been in the presence of these trees with friend and cameraman Eddie Raskin and my brother Reuven, while recording an original composition “Ballad of the Basement”. Special thanks go out to the Ancient Forest Alliance for all their hard work in conserving this special grove. Support them at: https://www.ancientforestalliance.org/

Hey all, still keeping up with a new video each week. This week is the first chapter of a new series recorded in Avatar Grove on Vancouver Island – part of a collection of footage shot across the west coast. Just thinking of that part of the world fills me with calm and wonder.

Wishing you health and safety!

Before the covid-19 pandemic hit, this evening would have been host to a concert that I was very excited about organizing. For a few years now I had been discussing the idea of a musical tribute to one of my favourite guitarists/composers of all time, Agustín Barrios Mangoré. The idea started to gain momentum when my longtime friend Luis Rojas Lloyd-Dmon, director of Casa Maíz Cultural Centre, got on board and we started planning in a serious way sometime last year. I wanted it to be a collaborative effort that could draw musicians, audience members, and community partners together to share the music and legacy of this great artist.

I started pitching the idea to other guitarists and was eventually able to secure a fantastic lineup of performers. I was very excited to perform alongside Juan Carlos Laguna from Mexico and Leonardo Muñoz Quiroz from Chile, as well as Fernando Santana Suri and Alex Izquierdo whom I met as undergraduate students at U of T studying guitar. Ramsés Calderón, one of the world’s foremost scholars on Barrios and who recently published groundbreaking new volumes on works by him, was going to come out and share with us both his knowledge and his playing.

In February, the Ontario Arts Council announced that they would be partially funding the concert – and in their feedback were tremendously optimistic and excited about the project.

Together, we were all preparing for a memorable night that would be intimate, moving, and hopefully more than a little inspirational. It is unfortunate that instead I will most likely just be spending yet another night playing guitar at home alone.

I am confident that the show will go on in some way in some capacity. The music of Barrios has survived nearly a century, and the classical guitar has been around even longer, so whatever happens with this virus I believe that the knowledge, tradition, and legacy of this music will still be alive and give hope to many.

I am also very thankful for connections I have made in this process, and especially thankful to Ramses for meeting with me when I came to Ottawa, and for sharing his knowledge. I am truly grateful for this connection and hope that we can perform together sooner rather than later.

This note is long enough so I’ll leave you with a short playlist of some Barrios recordings. Wishing you all the best in health and safety, and lots of love…

The final movement of Roberto Sierra’s Sonata para Guitarra, “Salseado”. See if you can hear the clave rhythm injected into the wild phrases, shots, and other motifs in this exciting ride. Its like dancing salsa during an earthquake!

Listen to all the sonata’s movements here:
https://www.youtube.com/watch?v=X9szJvJ69yg&list=PLOn54H8PUih94SzJJgEcRGlABQ-rl9zDa&index=5

Wishing you health and safety

This week’s Francisco Friday selection is Tarrega’s Endecha. In Spain, an endecha is a short and plaintive song of lament. This composition is yet one more example of Tarrega’s beautiful compositional taste, to which I have added some variations and improvisation.

Here’s some interesting information from Naxos regarding the history of the endecha song form (or ‘endechear’, to lament or sing endecha):

Sephardic music, from the ancient domain of al-Andalus (Andalusia), lies at the heart of of this selection of songs in remembrance of a lost homeland. The word endechar comes from a time before the expulsion of the Jews and their culture from Spain in 1492; within the Jewish community it meant ‘to sing funeral dirges’ or ‘to lament’. After leaving Spain, the Sephardim kept alive the tradition of singing endechas (laments), romances (narrative ballads), and other songs in their traditional language, ladino, or Judaeo-Spanish, which was based on ancient Castilian. This was enriched by the addition of words from Hebrew and then from the languages, music and instruments of the places to which they travelled, such as Greece, the Balkans, Turkey and Morocco.

Francisco Tarrega
Spanish guitarist of the Romantic Era, he is the godfather of the classical guitar. Visually impaired, yet prolific, precocious, and free-spirited, he left a legacy of beautiful, iconic music.

Something was always missing from my youtube channel… Until now! I’m proud to say I finally have a cat video (with some guitar music too). This video also marks the final clip in a series from out on the farm in Washington state. Thanks as usual to Eddie Raskin.

I still have more footage that will be edited, but you can find the entire west coast clips playlist here:
https://www.youtube.com/playlist?list=PLOn54H8PUih9Q9WHh-HmmWt1YdJmCd_5k

Hey all, this ‘Scherzando’ could just as easily be called a ‘Schizophrenia’. A big mass of notes, some trying to interrupt the others. Another great movement from Sonata para Guitarra by Roberto Sierra.

Stay tuned for the thrilling conclusion with the 4th and final movement next week!

Wishing you health and safety 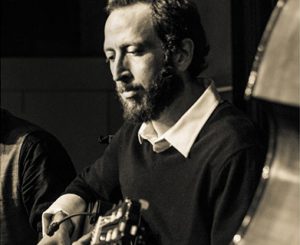 Scroll down for more updates